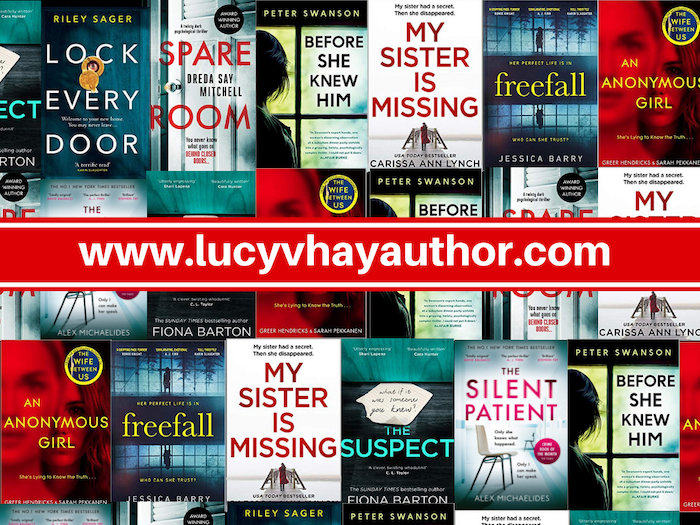 Most people love the occasional thriller, albeit a novel or a movie. The genre’s popularity in recent times is unrivalled, as a number of books have become cultural phenomena: think Gone Girl or The Girl on a Train.

Whether you are looking for something before bedtime, or something to bring with you on holiday, a chilling thriller ticks all the boxes. Here are eight of the best releases of 2019 so far:

1) The Silent Patient by Alex Michaelides

This is a novel which has a familiar guise but with a deliciously sharp twist. Alicia Berenson has secured fame with her painting and seems to have an idyllic life married to a photographer of equally-established fame. However, all is not as it seems, and Alicia shoots her husband five times in the face. What is the motive for this heinous crime? What has driven Alicia to such extreme lengths. Criminal psychotherapist Theo Faber wants to know, but first he has to tackle the fact that Alicia has been mute since the crime.

2) My Sister is Missing by Carissa Ann Lynch

Everyone loves a missing persons case as part of their thriller mystery, and in this case it’s a missing family member which has left everyone perplexed for twenty years. A VHS tape detailing a horrific crime sparks fresh impetus in the missing person case as Emily seeks to discover the truth about her sister Madeline. Could mysterious neighbors hold the clue?

Lisa is renting a stunning room in an equally stunning house. It is a room that the proprietors tell her has never been let before. So why has Lisa discovered a suicide note? Are they lying to her, or is Lisa having some kind of mental lapse? Is her imagination getting the better of her, or is she in fact in perilous danger?

Following on from the plethora of successful novels with ‘Girl’ in the title, An Anonymous Girl is a psychological thriller full of suspense, brought from the authors who achieved fame with The Wife Between Us. Trouble begins for protagonist Jessica Farris when she volunteers for a psychology study. Intended as a quick buck, the decision turns into something far greater, and soon Jessica begins to wonder if the enigmatic doctor running the trial knows more than he is letting on.

5) Before She Knew Him by Peter Swanson

Hen and Lloyd’s perfect life in their new home in Massachusetts looks set to be smashed by their mysterious neighbors – it’s a premise that has worked well before and works well again for Swanson in this chilling thriller.

Are the neighbors killers? Or are Hen’s own psychosocial vulnerabilities coming to the fore once more. Obsession and intrigue become the central theme of this gripping novel.

This debut thriller will appeal to anyone and everyone who has ever had a secret. Allison survives a plane crash must now hide from people who want her gone. Meanwhile, Allison’s mother, who has always had an uneasy relationship with her daughter, starts to seek answers but that means discovering the truth that Allison has desperately tried to cover up for so long. This riveting read shows the ability of an author who looks set to establish herself in the genre for years to come.

7) The Suspect by Fiona Barton

A parent’s worst nightmare rings true in this novel about two 18-year old girls who embark on travels across Thailand, but then go missing. What transpires is an engrossingly written book which will reel readers in and not let them go until the final shocking twist. This is thriller writing at is very best by an author who has received universal praise for her craft.

8) Lock Every Door by Riley Sager

Jules Larsen secures a job as an apartment sitter in one of New York’s most famous, wealthy and yet mysterious buildings. The rules by which she must obey are clear: no visitors at any stage, she must not spend a night away from the apartment, and she must not disturb or engage with any of the rich and famous residents of the complex. Easy money, right?

All is well until Jules befriends another apartment sitter, Ingrid, who then goes missing. What are the secrets held between the building’s walls?

BIO: Aimee Laurence is a manuscript editor at UK dissertation help and Custom essay writing service. She helps writes polish their skills and enjoys reading and reviewing latest releases. Also, Aimee is a tutor at Write my assignment portal.