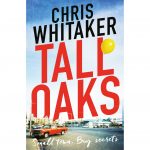 WHY I LIKE IT: A debut, and a blistering one at that. A three-year-old boy is snatched from his bed, in the small American town of Tall Oaks – what follows is a fantastic journey into the lives, lies and dark pasts of its inhabitants. Multiple characters, all convincingly written, and a suspenseful plot where nothing is quite as it seems. Think David Lynch or the Coen Brothers on top of their game but in book form and you’ve got Tall Oaks. Funny, moving and quite brilliant.

2) A Simple Plan by Scott Smith

WHY I LIKE IT: In a remote Ohio forest, three men stumble upon a downed airplane – and in it is a gym bag containing four million dollars. Their plan: keep quiet, keep the cash, and share it equally. But, humans being humans, their simple plan goes awry resulting in double- and triple crosses then murder. One of the best crime and mystery novels I’ve read in terms of pacing, plot and sheer page-turning, nail-biting thrills, and it depicts the fragility of relationships – siblings, spouses, friends, and how money can affect them – in a chilling way. 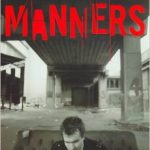 WHY I LIKE IT: Written by Rob Newman – of ‘Newman and Baddiel’ fame – this novel is a little-known gem that deserves a wider audience. John Manners is a cop coming apart at the seams. While on patrol in uniform, he is found by colleagues beating the lifeless body of a convicted rapist he has just killed in a fight. Suspended, Manners takes it upon himself to patrol the streets alone, listening in to his police radio in order to solve a planned murder – not realising who the intended victim really is… I love this book – it’s thought-provoking, deliciously unsettling and has a real sense of menace.

BIO: Mike Thomas was born in Wales, and for more than two decades served in the police, working some of Cardiff’s busiest neighbourhoods in uniform, drugs teams and CID. He left the force in 2015 to write full-time. He was longlisted for the ‘Wales Book of the Year’ in 2010 for his novel Pocket Notebook, and was on the prestigious list of Waterstones ‘New Voices’. His novel Ugly Bus is currently in development for a six-part series with the BBC. He lives in the wilds of Portugal with his wife and children. Follow him as @ItDaFiveOh on Twitter.