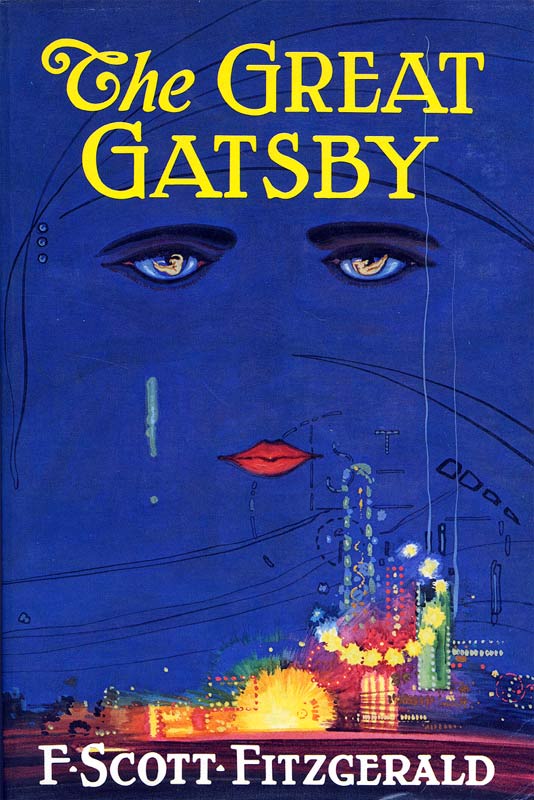 When The Great Gatsby was published in 1925, it did what any self-respecting classic does: it bombed. Today it has a claim for the title of Great American Novel. Hollywood, bless ‘em, saw its potential early, and Gatsby’s been made to suffer for our entertainment many times since, most notably in 1974 when he looked remarkably like Robert Redford. But for this comparison, I’m pitting the book against the latest cinematic adaptation, Baz Luhrmann’s 2012 film.

Luhrmann arrived in an explosion of glitter in 1992 with Strictly Ballroom. His films are a spectacle for the eye and ear, and often at their core have a doomed romance (Romeo + Juliet and Moulin Rouge!) so Gatsby is a perfect fit. Whilst critics were divided, the pubic lapped it up, with $350 million at the box office making it Luhrmann’s most successful picture to date. But how does it compare to the book? Well, let me fix you a Highball, old sport, and we’ll begin!

New York, the Roaring (drunk) Twenties. Into this hotbed of decadence comes Nick Carraway, a writer who’s moved out east to make money from bonds. He’s got connections – his cousin Daisy is married to old-moneyed Tom Buchanan – and he’s taken a cottage next to a huge house that, each weekend, hosts headline-grabbing parties thrown by Jay Gatsby, a man surrounded by gossip and yet shrouded in mystery. Then one day Nick receives an invitation to the next party…

F Scott Fitzgerald’s writing is sublime. It’s not a long book – 180 pages thereabouts – but it’s crammed with wonderful, almost lyrical passages that never descend into purple prose. If the text occasionally feels a little archaic, we can say the same about many other classics: Wuthering Heights, 1984, The Lord of the Rings (or Flies). There’s a reason this book is studied in schools around the world: it’s not just words on pages – it’s art.

The Jazz Age era is perfectly captured. Fitzgerald doesn’t go in for much description; instead he takes us back to the 20s through what his characters feel rather than see. Nick, our narrator, is a New York newbie, so fulfils the classic fish-out-of-water role by learning about his new home as we do. We’re also told that he’s slow to pronounce judgement on others, thus making him a reliable narrator. Good job. With all this free liquor sloshing around, we’ll need someone to remember what happened the next day … 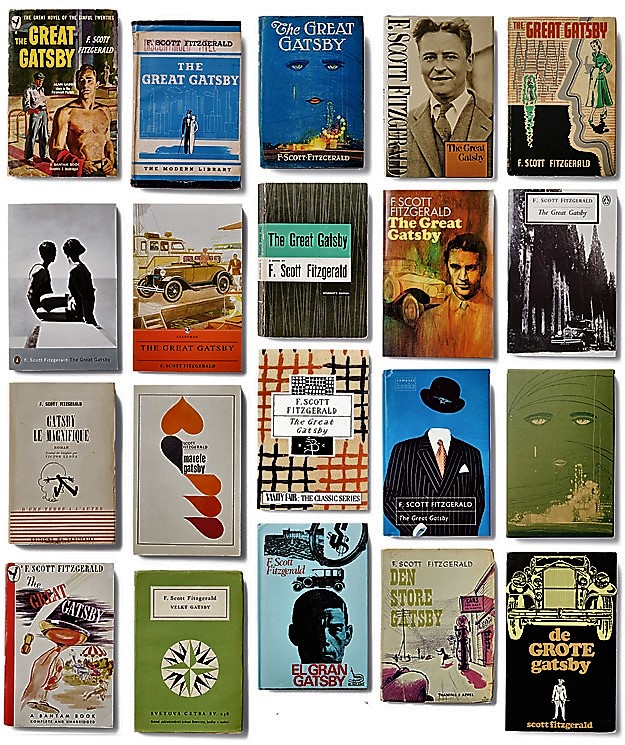 The small number of characters are well drawn and each different from the other. As well as Nick there’s the antagonist, Tom, the living incarnation of a rich, arrogant supremacist; he’s married to Daisy, a woman so jaded by money that there’s little left of the sweet Louisville debutante Gatsby once fell in love with; there’s Jordan Baker, Nick’s on-off girlfriend, who has a line for every occasion (“I like large parties. They’re so intimate.”) and is always on hand to tell Nick, and us, what’s going on!

And finally, there’s Gatsby… He’s the American Dream personified, having risen from nothing to accrue a vast wealth – all because he didn’t believe Daisy would want him if he were poor – but he can still only climb so far before the old-moneyed elite put him in his place. This is a theme Fitzgerald wanted to explore. Gatsby is no angel, but he’s the closest we have to a hero, and, as Nick says in the one compliment he pays his friend, “They’re a rotten crowd. You’re worth the whole damn bunch put together.”

The build up to Gatsby’s delayed appearance (aside from being glimpsed on his dock at night) is a masterpiece in anticipation. He joins us around page 49, and by this point we’ve heard he’s a German spy, an American war hero, an Oxford man, and has killed a man… we can’t wait to make his acquaintance when finally he joins Nick at one of his own parties, and chats away for a while before casually revealing his identity.

And finally, let’s talk about the dialogue. Nick’s narration is so filled with ironic flourishes that often it feels as though he’s telling us the story rather than writing it down, but when characters do speak, they each have their own clearly defined mannerisms. From shady businessman Mayer Wolfsheim’s ‘business gonnegtions’ to Gatsby’s ‘old sport’, it’s both memorable and credible.

The lights are dimming. That can only mean one thing – 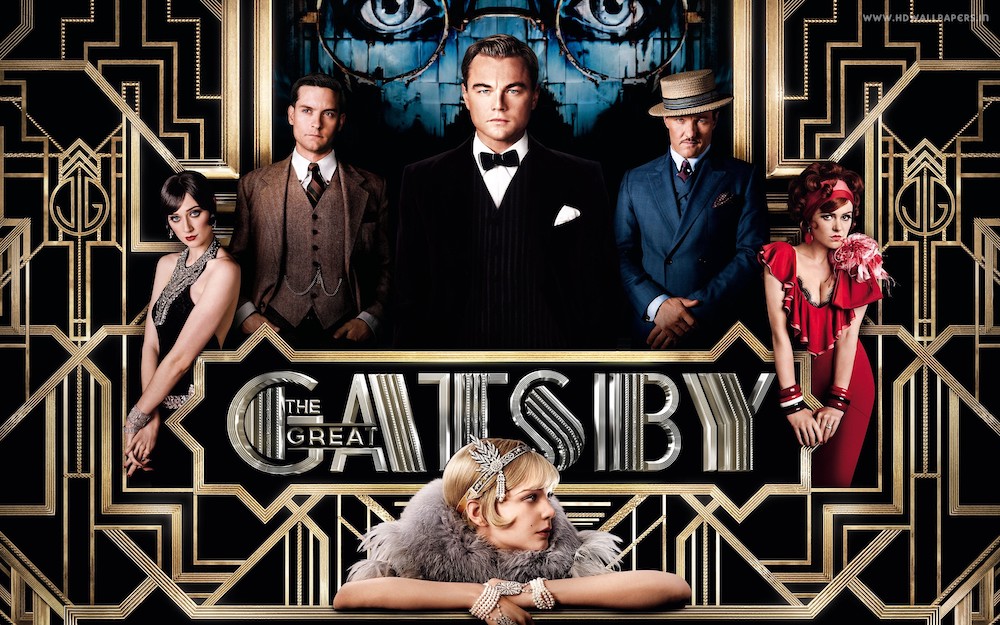 How do you adapt a book that’s a cornerstone of American literature, has shifted 25 million copies, and even after all these years is still its publisher’s best seller? Very closely, that’s how. Baz Luhrmann & screenwriting partner Craig Pearce know what kind of property they’re dealing with, and they embrace it by serving up the more celebrated passages throughout the film, sometimes even having words appear on screen as Nick writes his story. Nobody can accuse them of playing fast and loose with the source novel.

But for all that, they aren’t afraid to add material when it helps the narrative flow. The most obvious new scenes are Nick at the sanatorium, setting up why he writes the book that becomes The Great Gatsby. There are other examples, like when we see snippets of the letter Gatsby sent to Daisy on the eve of her wedding, which almost stopped her from marrying Tom. The book includes that letter too, but doesn’t reveal what it says – and I feel that, by including this, the film not only clears up some unnecessary ambiguity it also paints Daisy in a better light: for now we know that she would have accepted a penniless Gatsby after all.

As well as adding scenes, Luhrmann’s prepared to drop material if it deviates from his central story. Here the focus is on Gatsby and Nick’s relationship, a neat twist that disguises the fact our narrator is a very passive character. Most of the missing scenes occur (or rather, don’t) after Gatsby’s death. The book follows this with farewell scenes for each character – and even introduces Gatsby’s dad – but the film drops almost all of them. Interestingly, they do exist as deleted scenes on the Blu-ray (Ralph Cotterill is heartbreaking as the grieving father) but whilst in print these last moments feel necessary, in the film there could have been a sense of too many endings.

Oh, and finally there’s the cast. Everyone earns their pay on this shoot (Joel Edgerton and Alicia Vikander are especially good as Tom and Jordan) but, as with the book, this film is all about one man: and Leonardo DiCaprio lights up the screen like Gatsby’s firework display. He oozes charm and charisma, and is as comfortable with comedy (the reunion with Daisy), as he is in a pink suit. Simply put, he’s the definitive Jay Gatsby. 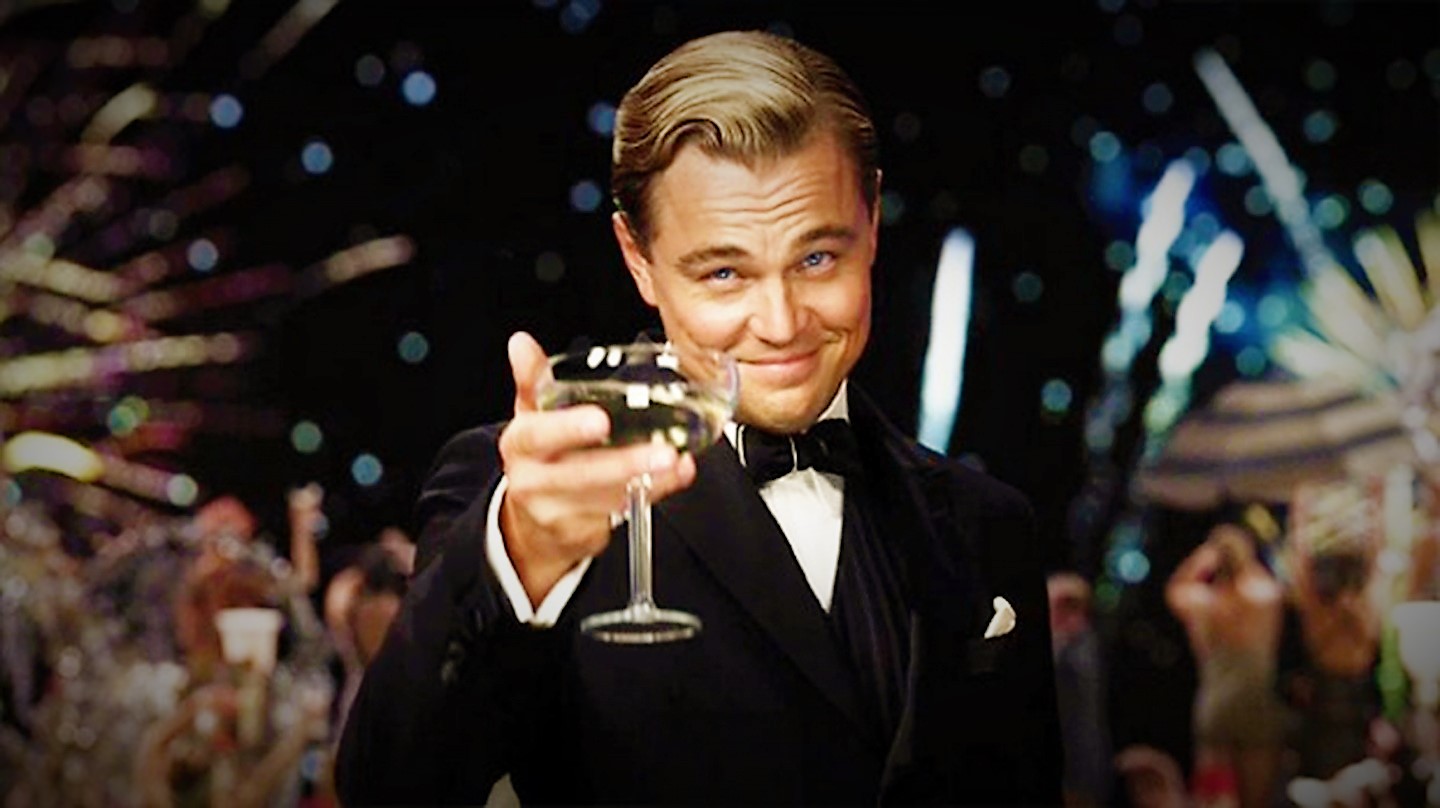 And the Winner is …

In terms of a reading experience the book cannot be beaten; as far as adaptations go, Luhrmann’s film is the best Gatsby we’re ever likely to see, so I’m calling this A DRAW! They complement each other superbly, and if some critics were less than enthused by the film when it came out a few years ago, well some critics were exactly the same about the book when it came out a few decades ago.

Now, what do you say to another drink, old sport …?

BIO: Nick Jackson lives in the north of England, and writes short stories and screenplays. His recent work has appeared in Dark Minds, a charity anthology, and Twisted’s Evil Little Sister, a collection of twisted tales. The Great Gatsby is his favourite book, so he’s as surprised by this result as you are.