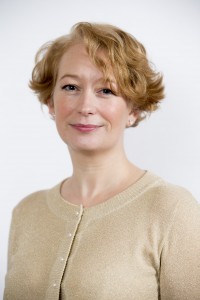 So, who are you & what have you written?

I’m Barbara Copperthwaite, and I have written two standalone psychological crime thrillers, INVISIBLE, and FLOWERS FOR THE DEAD.

For the last twenty-odd years I’ve been a national magazine and newspaper journalist. That means I’ve spent all that time meeting victims of crime – and the perpetrators. I’ve heard some pretty disturbing and incredible stories, and am in awe of people’s resilience. It’s not easy getting people to open up about the worst experiences of their lives, and I feel very privileged when they share their emotions with me. I’ve always enjoyed getting under the skin of the person I’m interviewing in order to fully understand what makes them tick; only then can I do justice to them when I write up the article.

The success of my books is almost certainly thanks to my journalistic background. I know the real impact of crime, and reflect this in my fiction. My novels are gritty, realistic and tackle not just the crime but its repercussions.

INVISIBLE was published independently in 2014, and it hit number six in Amazon’s Psychological Thrillers. Bella magazine described it as: “Totally gripping with scarily believable characters. This is one of the most assured debuts of the year.”

In September 2015, my second novel came out. FLOWERS FOR THE DEAD instantly charted on Amazon’s Psychological Thriller, Psychological Fiction, and Crime, Thrillers & Mystery Series. It went on to hit Number 22 in Amazon’s Paid For Kindle Best Sellers.

A real highlight for me was when The Sunday Mirror chose it over Lee Child’s latest Jack Reacher novel, to make it their Choice Read. They wrote: “Will have you looking over your shoulder and checking under the bed. Original, gripping writing with a deep psychological impact.”

People use the word “gripping” a lot when describing my work!

To find out more about me, head to my website, HERE. You can also follow me on Twitter as @bcopperthwait or find me on Facebook, HERE. Or head to my author age on Amazon UK – FLOWERS FOR THE DEAD is on special offer from Monday 28 March. It’s just 99p – for one week only! 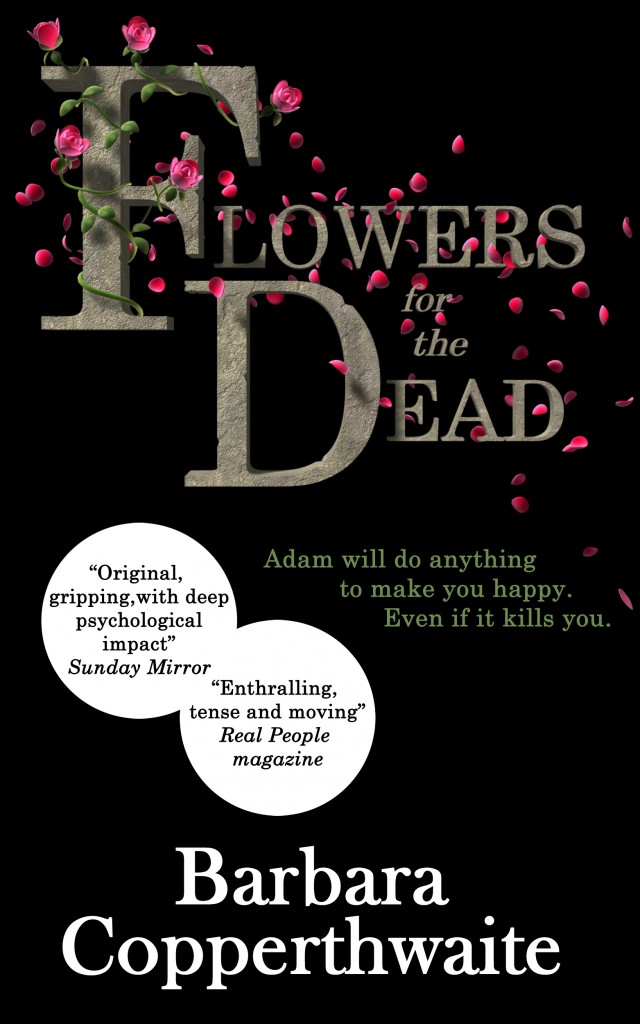 Why do you write crime fiction?

That’s just the way my brain works! I’ll be walking along the street and suddenly a murderous scene will pop into my head. The other day I saw a perfectly innocuous poster in my local park, and by the time I got home I’d woven it into a storyline involving a burglar. My partner is a sensitive artistic type, and used to be quite amazed (and slightly concerned) by the things I came out with – he’s got used to it now, luckily.

I suppose my crime fascination began as a child. I was addicted to Enid Blyton’s ‘Mystery’ series, and was reading ‘The Mystery of the Pantomime Cat’ when I figured out whodunit a whole page before the big reveal. To this day, I remember the feeling of pride at that moment, so clearly even as a nipper I was obsessed with crime fiction.

I also briefly worked in Barlinnie Prison, Glasgow’s category A men’s high security jail. There I met a number of charismatic perpetrators of crime and realised just how true that saying is that one should not judge a book by its cover, or a person by their façade. I love to peek behind that façade – and expose it to my readers.

For me crime fiction is about the people it impacts on, more than the act itself. INVISIBLE, for example, is as much about the lies people tell themselves, as it is about the sickening crimes at its heart.

What informs your crime writing? (ie. real life cases, “what if …?”, interest in themes/ subjects like psychology, background in policework, etc etc)

It’s not enough for me to write about crime from a whodunit point of view. For me the ‘whydunit’ is more important. What makes people do the things they do?

To fully explore that the characters have to be realistic. From the ‘victims’ to the ‘bad guys’ no one in real life is one-dimensional, so it’s important to reflect that in my writing. So I write little biographies for my characters so that they come alive for me. I know everything about them, from physical description, to favourite tipple, from speech ticks, to their first love. The information may not necessarily be used in the finished book, but I believe it filters into my writing and readers can relate to them as real people – love them or hate them.

This has been particularly true with FLOWERS FOR THE DEAD. So many readers have commented on how they feel sympathy for the main character, who is a serial killer. They have never felt that way before when reading a crime book, they say, and are torn between being sickened by his actions and understanding his motives. Neither I nor they are condoning what he does, but it’s fascinating that Adam comes across as such a rounded character. Nothing in life is black and white, and I really enjoy exploring the grey areas. 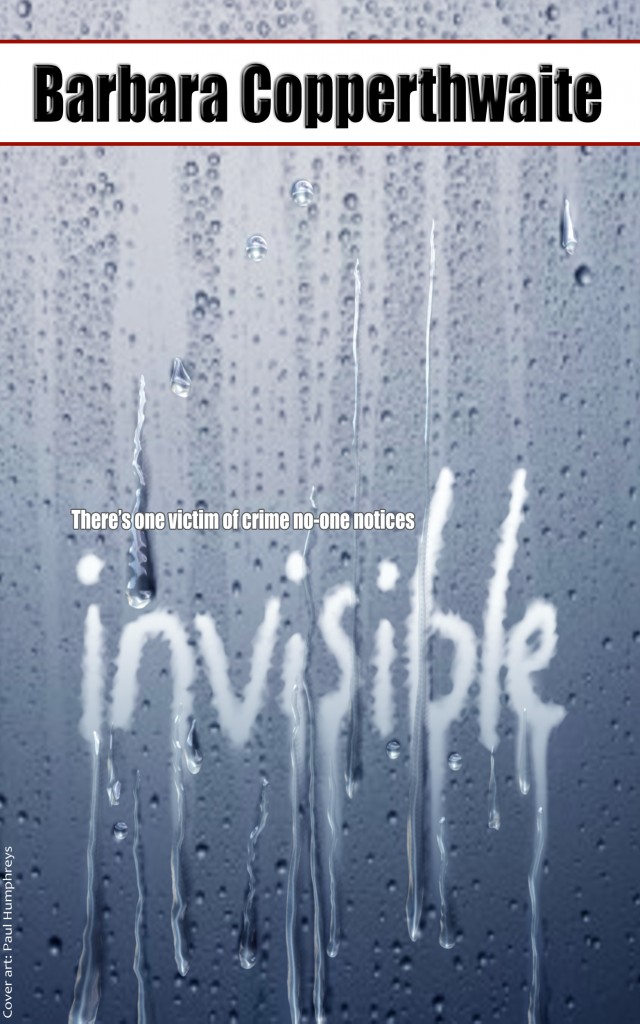 To do that properly involves research, something that is second nature to me thanks to my journalistic background. I’ll do a mixture of things:

* Look at real life case studies: for example, in FLOWERS FOR THE DEAD, Adam dyes his hair a shade darker in order to look paler when grieving. This is actually something UK killer Jeremy Bamber did after murdering his family. It was so melodramatic yet calculating; I couldn’t resist using it.

* Talk to contacts in the police and legal world.

* Check with therapists, counselors and psychologists I know, to ensure I’m getting the correct motivations and reactions in my characters.

* I also Google like crazy, reading FBI reports on serial killers and so on.

Learning the meaning of flowers was particularly fascinating, as it was something I knew nothing about. It’s a very genteel language that was great fun to subvert to more sinister use.

What genuinely shocked me during my research, though, was how easy and cheap it is to buy locksmith equipment and surveillance items. I was also stunned to discover that it is possible to turn a mobile phone or any other device with voice recognition software or a microphone into a ‘bug’. So that includes televisions that you ‘speak’ to, many laptops and tablets, smartphones etc.

Back in 2006 the FBI used a crime family’s devices against them, in order to gather evidence then successfully prosecute in court. These days anyone can do it by buying the right software on the internet. The programme will allow someone to eavesdrop on phone calls, get details on text messages, remotely control the phone using SMS, track the location of the phone with GPS and log the phone’s activities. It will also allow them to use the phone as a listening device and hear what is happening in the surrounding area. Scary stuff!

A lot of my morning is taken up with social media, then I walk the dog. I love those walks, because they wake me up, getting the blood pumping, and I’ll often have my best ideas then. To make sure I don’t forget them, I have a recording app on my phone and dictate as I walk – ideas, scenes, anything that comes to mind. I like to kid myself that I look like I’m simply talking on the phone to someone, but in truth I probably look like someone to be avoided at all cost.

Back at home, I’ll get changed and go to a café to write for a few hours, or in summer I’ll head outdoors. I have a writing desk at home, but I prefer to be among people and noise; if I’m at home I find myself easily distracted by Facebook or Twitter, housework, or talking to my partner (who also works from home). After three or four hours of solid writing I return and…walk the dog again. Then I input the dictation from earlier (if it’s a scene), reworking it as I go.

Which crime book do you wish YOU’D written, and why?

Gosh, so many books! But most recently? After I read Peter Swanson’s The Kind Worth Killing I couldn’t stop raving about it. That is a book that genuinely keeps a reader on its toes all the way through. Every time I thought I knew where it was going, a well-placed spanner was thrown into my ideas, and everything switched around.

The constant changes in narrator should be confusing, and possibly even annoying, but they are handled with the precision of a surgeon’s scalpel. As such, the transitions are smooth, sharp, and definitely keep the reader on edge.

Every character has their own terrible agenda, too, yet Swanson manages to expertly mix in touches of pathos. It’s a brilliant novel that I recommend to anyone who will listen.

Don’t forget – FLOWERS FOR THE DEAD is on special offer from Monday 28 March. It’s just 99p – for one week only!