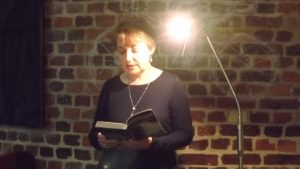 My name is Chris Curran. I live in Hastings on the south coast of England. My first novel, Mindsight, was published last year (2015) by Harper Collins Killer Reads and my second, which is called Her Turn To Cry, is just out as an e-book. The paperback will appear on September 8th.

I’ve always have been a voracious reader and I devour all kinds of fiction and non-fiction. When I was a child I loved fantasy and as a teenager it was mainly sci fi and historical fiction. Then I discovered Daphne Du Maurier’s Rebecca and My Cousin Rachel and became hooked on psychological crime. I now enjoy police procedurals, historical crime, spy thrillers, anything as long as it is well written, but psychological suspense will always be my first love, which is why I write it. 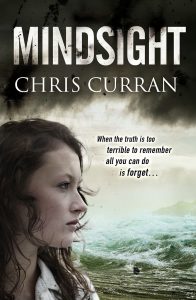 I’m interested in the way a crime can happen almost accidentally and I want to explore the repercussions of violent acts in the lives of ordinary people. This is because I suspect that many of us would be capable of such acts given the right (or wrong) set of circumstances. In my stories the reader gets up close and personal with the characters who are intimately connected to the crime, without the reassuring presence of a professional investigator. So they are in continual jeopardy.

My books are standalones so I have no existing pattern or framework on which to hang a new novel. This is wonderfully freeing, but also a bit scary. I spend a lot of time thinking about the characters, the setting and the initial dilemma or mystery before I start writing, but I don’t have a fixed outline or a definite ending and don’t even know for sure whodunit. I discover these things as I go.

I rarely sit at the computer. If I’m actually writing I stand with the laptop on a waist-high shelf, but I tend to wander around thinking about a scene and return to get the words down in a rush when it’s almost complete in my head. When the ideas don’t come I’ll do something like gardening, cleaning or ironing with a notebook beside me in case I can’t reach the laptop before the idea disappears! 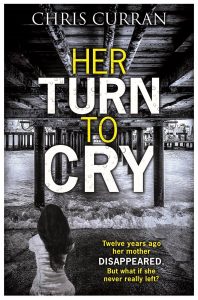 I write a scene at a time and do quite a lot of tinkering right away. I can’t move on until I’m happy with a chapter even though I know it’s nothing near the finished version and that I’ll have to revise the whole thing many times once I finish this draft.

When I do think the book is finished (and I’m always wrong) I try to put it away and forget about it for a while – the longer the better so that I come back to it almost as a first time reader and can view it fairly dispassionately.

5) Which crime book do you wish you’d written and why?

So many! Rebecca and My Cousin Rachel obviously, but also A Dark Adapted Eye by Ruth Rendell/Barbara Vine. I love Winston Graham’s crime novels too. He’s known for Poldark but he also wrote wonderful psychological suspense mysteries: the most famous of which is Marnie. My favourite is The Walking Stick.

There has been so much brilliant psychological crime published recently that it’s difficult to choose a contemporary title, but one that I read a couple of years ago and that still resonates with me is Cathi Unsworth’s unsettling seaside noir, Weirdo.