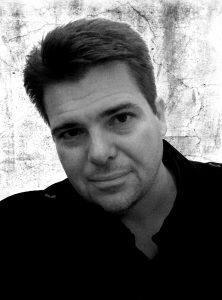 I’m Alex Shaw, and I’m a member of the CWA and the ITW. I’m the author of the Aidan Snow series of thrillers, published by HQ Digital/HarperCollins in English and Luzifer Verlag in German. I’ve also been contracted to write for Amazon’s Kindle Worlds (a program they rolled out in the US only) as well as writing several other thrillers – which I’m not allowed to name yet. Check out my books, HERE.

From the time of the Prince’s Gate Iranian Embassy siege I’d always been interested in the SAS. I even formed an SAS group (I was nine at the time), and designed our badges and insignia.  Later I became a fan of the Gulf War SAS troopers turned writers – Andy McNab and Chris Ryan (Chris Ryan and I now have the same German publisher). I read their books and saw how they weaved their insider knowledge 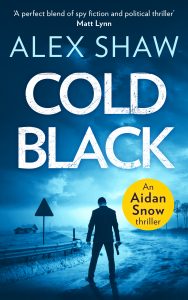 into a commercial story. When I moved to Kyiv and found that I had time to write I realised that I too had insider knowledge (of Ukraine and criminal elements therein) and decided to write crime fiction with a Ukrainian slant. No one was writing about contemporary Ukraine so I decided that I would. I started writing about the endemic corruption of post-soviet society, using my Ukrainian characters to both explore and battle this. Now I tend to focus more on Russian aggression.

When I can I love to write on location, for example much of my Aidan Snow books were written in the exact places in Ukraine where events take place. I scribble on a notepad and then transcribe this back to my laptop later. If we’re at home in Doha, and it’s term time then I write at home or by the pool while my two sons are at school. I don’t have a daily word count and just write what I can. I tend to write in scenes rather than chapters and only slot it all together when I’m finished.

There’s not one particular book I wish I’d written, although Steve Kavanagh’s The Defence was a stunning debut. I’m a big fan of Steve Kavanagh, Lee Child, Stephen Leather, Jake Needham, Tom Wood, Mark Greaney and Jorn Lier Horst. Each of their styles are different and demonstrate that no two pieces of great crime fiction are alike.