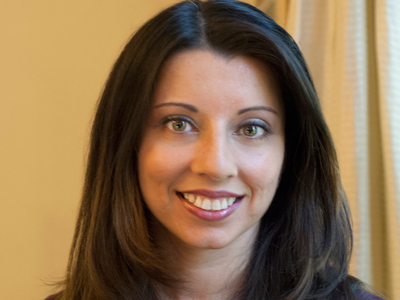 I’m a Canadian writer who lives and works in the United States. I was born in England and have been reading British detective fiction since I was a kid – beginning with Enid Blyton’s Famous Five and Secret Seven. This must have informed my passion for writing mysteries of my own. I write the Esa Khattak/Rachel Getty detective series which is set in Toronto, Canada and which features a Canadian Muslim detective and his partner, who’s looking to make her mark in law enforcement. My books include The Unquiet Dead, The Language of Secrets and Among the Ruins. The fourth book in the series is forthcoming and is called A Dangerous Crossing. I’m also working on a fantasy series. The Bloodprint is my fantasy debut with Harper Voyager and comes out in October 2017.

One, I have a lifelong love of crime fiction – particularly anything that involves Scotland Yard. Two, I like the challenge of constructing the plot, but more than that I’m fascinated by the reasons we have for doing the things we do. Mysteries are essentially puzzles, and to me, there is no greater puzzle than the human heart.

I have a background in international human rights law, so I try to write about issues that I see in the world around me—the Bosnian genocide, terrorism, the plight of political prisoners, the refugee crisis. Usually, I begin with a case that closely parallels something I’ve seen in real life, and then I extrapolate to broader themes. I’m interested in shedding light on subjects that don’t often see the light of day, and in providing a counter-narrative to stories we think we already know. Ultimately, my books are about the quest for justice: I explore the notion of what might constitute real justice in each book

4) What is your usual writing routine?

I wake up early and spend the first few hours of the morning dealing with the business side of writing: answering email, updating my social media, responding to all kinds of requests. Then from 10 am to 5 pm, I spend the rest of the day writing and revising the previous day’s writing. When I’m done a draft, I’ll let it sit for a week or so before I return to look at it with fresh eyes. And all my books entail extensive periods of research.

5) Which crime book do you wish you’d written and why?

Reginald Hill’s Dialogues of the Dead. It is incredibly rich in characterization and atmosphere, and its plot construction is simply brilliant. I’ve always loved Fat Andy and his dynamic with Pascoe, Wield, Novello and Hat—these are some of my favourite characters in fiction. Dialogues of the Dead is Reginald Hill’s masterpiece. And then for a crime novel that reads as pure literary fiction, I love Peter May’s The Blackhouse. The Blackhouse is astonishing—it’s set in the Hebrides, it’s essentially about family and betrayal, and it broke my heart with its beauty. The entire trilogy—The Blackhouse, The Lewis Man, The Chessmen—is magnificent. Writing of that calibre is something to aspire to in my own work.