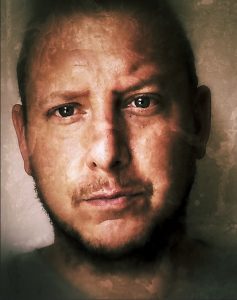 In short: a fortysomething, six feet six, seventeen stone ex-cop turned author and writer-for-hire. I live with my family in the recently-burned-down middle of Portugal, having moved here four of years ago. I was a police officer in South Wales for more than two decades, working the Valleys and the capital city, Cardiff.

My first two novels – Pocket Notebook and Ugly Bus – were published by William Heinemann and longlisted for various awards, and I was a Waterstones New Voice in 2010. I’m now with Bonnier Zaffre, who are releasing the MacReady crime novels. The first, Ash and Bones, was published last year while the follow-up, Unforgivable, was out last week. If you do the Twitter and fancy abusing an ex-plod in real time but without the risk of being struck with a baton in reply, I’m @ItDaFiveOh. Come say hello.

I always wanted to write crime fiction. My protagonist, DC Will MacReady, has already featured in three novels written between 2004 and 2007, and which will never see the light of day as they are unimaginably awful. But they were my very steep learning curve; I’ve always written and thought – misguidedly – that as I was also a cop then writing a crime novel would be an absolute doddle. So I put MacReady away and got side-tracked doing a couple of ‘literary’ novels and it was after those that I thought I had the tools to bring him out, dust him down and do a proper job. So far nobody has stopped me. Maybe they’re scared due to my size. 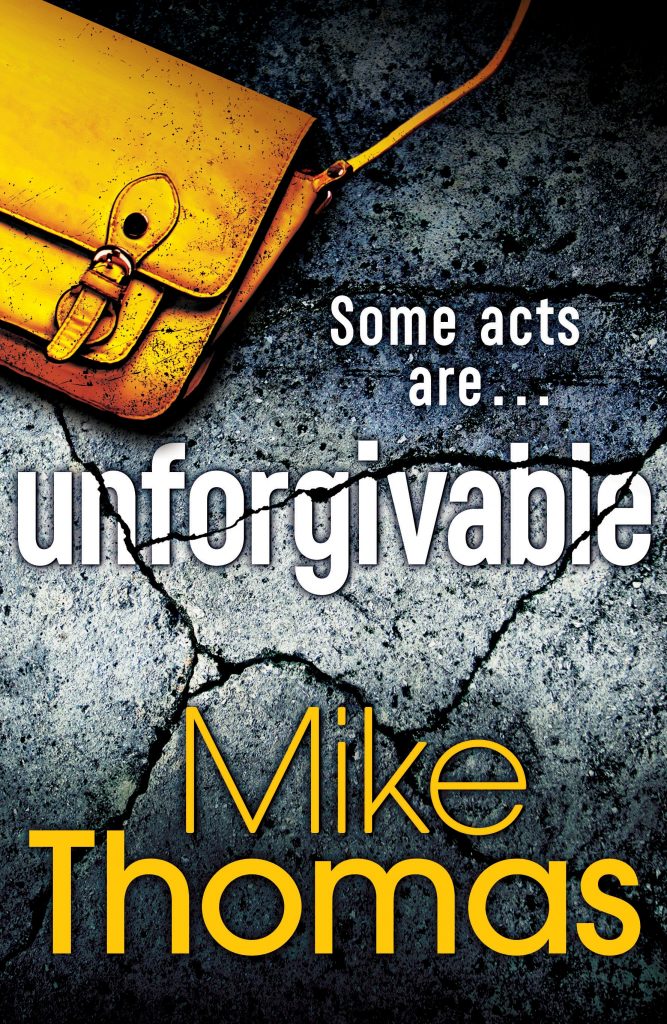 Human beings are endlessly fascinating. I’m a real people watcher, and while in the police I used to spend a lot of time trying to work out why we treat each other the way we do because sometimes we really are cruel to one another. In the end I just realised as a species we are brilliant but not a little bit stupid. I dealt with a lot of awful things in the job, too, so writing is a little bit cathartic. My first novel just poured out of me in a rage – I hated being a cop by that point, it had turned me into a person I didn’t really like very much. And you never achieve anything, or make the world a better place or any of that guff. It’s just a conveyor belt of misery. So the bile just ended up on the page and immediately upon typing ‘The End’ I felt calmer than I had done in years. And then slept for twelve hours, yay!

I spent so long as a copper being told where to go, at what time, and what to do when I got there that I have a loathing of routine that you couldn’t possibly imagine. I have done my time keeping time. This, of course, gives me carte blanche to lie in bed until very, very late each day, eat terribly unhealthy foodstuffs, sit at my desk while ‘thinking’ and occasionally typing a few hundred words before pacing the house wishing I still smoked and it was time to open the vino tinto. I’m joking, of course. I’m self-employed so routine is everything or my family doesn’t eat. I’m up, do the school run nonsense, spend the morning doing my other ‘writing job’ where I produce articles for websites, then after lunch its four or five straight hours on the new novel. Those four or five hours can often bleed into the evening or early hours of the morning if it’s going well. Then: wash, rinse, repeat each day. Even weekends. Gotta pay them bills, yo.

Ooo, tough question. There are so many tremendous crime novels out there. If I have to choose just one it is probably A Simple Plan by Scott Smith. It’s more of a psychological thriller but it’s so lean and mean and the plot is outstanding, hold-your-breath stuff. What would happen if you and your brother and your brother’s friend found 4.4 million dollars in used $100 bills in the wreckage of a crashed plane? We find out, and it’s a painful and brilliant and compulsive tale of hope turning to greed and then murder. I burned through it on a holiday back in the day and immediately started reading it all over again. Sam Raimi’s film adaptation is almost as good – Billy Bob Thornton and the late – sob! – great Bill Paxton play the brothers whose lives turn hellish after finding the moolah. Money is the root of all evil, see? That’s why I don’t have any.