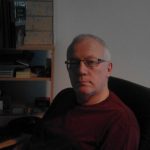 So who are you and what have you written?

I’m Tony J Forder, living and working in Peterborough, UK. Currently I split my time between ICT consultancy to Education, and writing. I worked in ICT for more than two decades, much of which was spent as a Network manager. Working for myself is a pleasurable release, and I find myself busier than ever. Thankfully, a large part of that is writing a new novel.

I have had three short stories published – two in Dark Voices 2 and 4, and one in FEAR magazine. I currently have two novels available through Amazon and other on-line resellers, Degrees of Darkness and Bad to the Bone. Both books have received some extremely favourable reviews. Find me on Twitter as @TonyJForder, LIKE my Facebook page and find my website, HERE.

Why do you write crime fiction?

Having originally been drawn to books by fantasy and horror, which sparked my imagination, I began to absorb myself in the crime, suspense, thriller genre mainly because of the discipline it required. With fantasy and horror the only constrictions are within your own mind, whereas thriller and crime require sound logic if they are going to feel real. 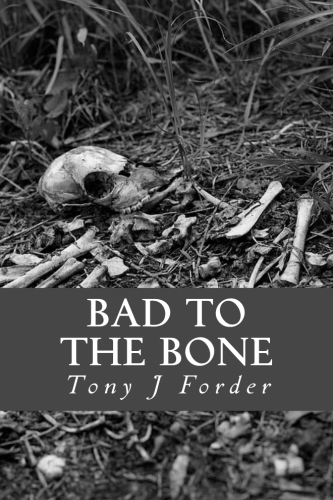 What informs your crime writing?

Coming from a working class background in London’s East End, there was an awareness of crime and criminals from a very early age; everyone seemed to be into something, whether minor or serious. More than the crime, or the thrill, however, I revel in the psychology of the people. Who are they? Why are they driven to such acts? Peeling back the layers and getting beneath the skins is, for me, far more appealing than desperately trying to figure out the next red herring or who the bad guy might be.

I’m a big fan of books where both character and plot drive the book in unison.

Unless you are a psychopath who has committed an ugly crime, then you can’t write what you know. So the other thing that informs my writing is research. Anyone who has read my book Haunted Thoughts will realise that an awful lot of research went into several aspects of that book, and one specific plotline in particular. I think you have to get most things right in order to be credible, but I also strongly believe that we are also writing fiction, and therefore are allowed a certain amount of leeway.

What is your usual writing routine?

Until recently it was a matter of writing as and when I could find time. Now, on my writing days I start around 8.00am, break for lunch and then do another couple of hours. I take short breaks in order to catch up on my social media stuff, as well writing the blogs for my website, but otherwise I dedicate my time to the task in hand.

Which crime book do you wish you had written, and why?

Easy. The Silence of the Lambs. It is my favourite book. Even today, more than twenty-five years after it was written, every serial-killing sociopath is compared to Hannibal Lecter in its blurb. To have created a character so rich in texture that it remains on the tip of everyone’s tongue all these years later, is a trick very few can pull off. Sure, the film helped. Anthony Hopkins did Thomas Harris a real service there. But the origins, the skeletal framework introduced in Red Dragon, and fully fleshed out in Lambs, emerged from the imagination of Harris himself. The book is lean, yet so wonderfully descriptive, spare yet not sparse.