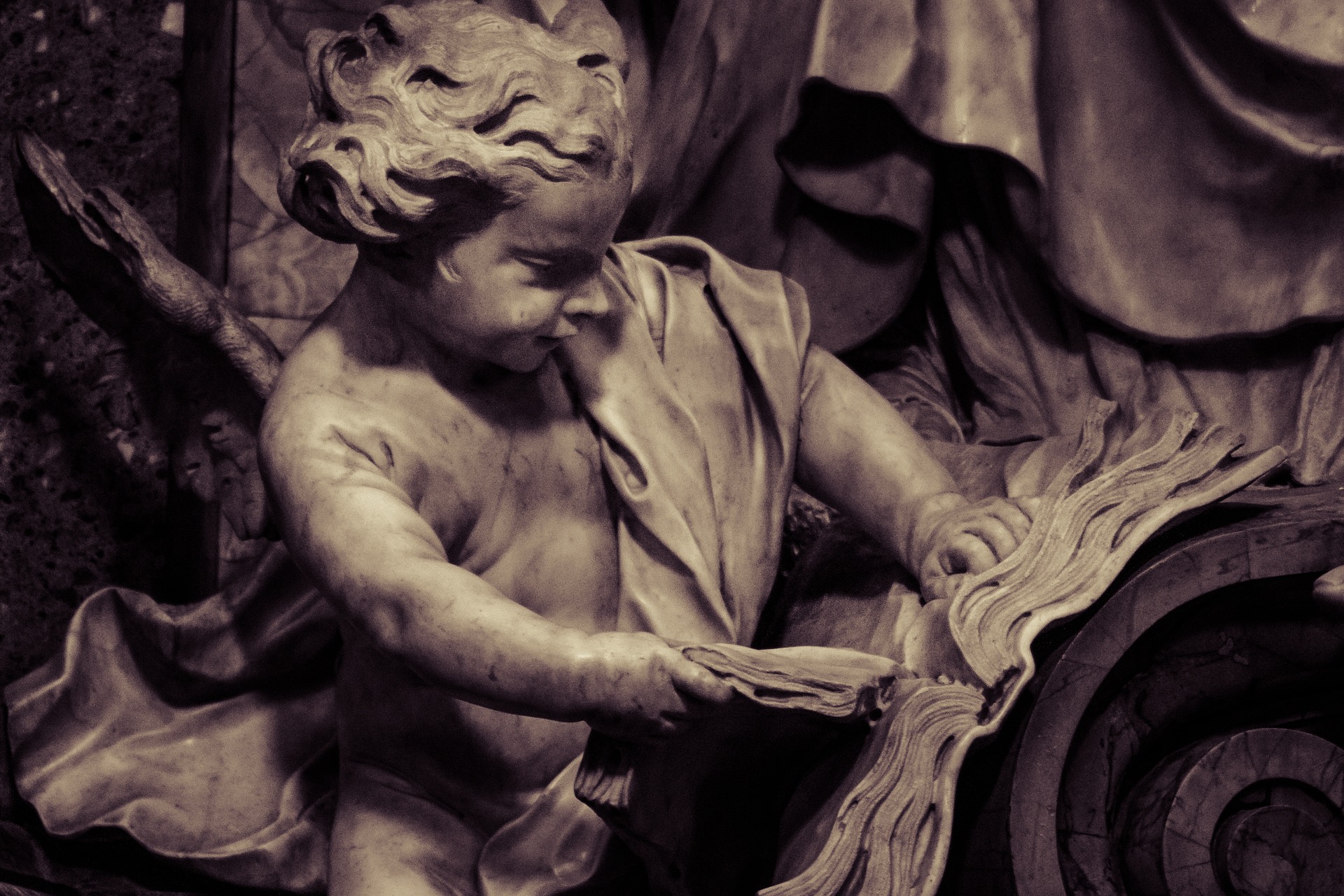 We all have our favorite books and novels, but every once in awhile, we come across a book that boasts a strong, lasting impact on society. This happens for a couple of reasons. Maybe the story wins several awards, a huge fan base in involved, history comes to life, or the book generates controversy.

Nonetheless, here’s our list of 10 books that changed the entire world, featuring a mix of contemporary and classic novels. Similar to how a quick detox can cleanse your body, an inspiring book can cleanse your soul and help you see the world in a way you’ve never seen before.

George Orwell’s work of dystopia is what launched the dystopia subgenre in the first place. It’s where authors think of the near future as a horrible place controlled and monitored by the government, usually with rampant censorship and zero freedom.

Books like Brave New World by Aldous Huxley, Clockwork Orange by Anthony Burgess, and Fahrenheit 451 by Ray Bradbury would not exist if it wasn’t for Orwell’s 1984.

Fun fact: 1984 still blows the books mentioned above out of the water. Here’s a BBC News video on why it still matters.

Luckily, the world did not turn out as Orwell predicted it would in 1984. The book was published way back in 1949, but its influence lasted for a long time and continues to do so.

1984 is about a man who lives in a society controlled by a divine leader who rules using fear, force, surveillance, and a pervasive cult of personality (although it is unclear whether he really exists). Terms like “doublethink,” “big brother,” “2+2 = 5,” and ”thoughtcrime” from the book are still used in today’s world.

Famous author James Baldwin wrote one of his finest pieces Giovanni’s Room to send the world a daring message. He placed the love and relationship between two men at the center of his novel, which was a bold effort in the fight for liberation, acceptance, and recognition for LGBT people of color.

3) Poems on Various Subjects, Religious and Moral by Phillis Wheatley

Phillis Wheatley had to face several trials to prove that she was the real author behind her own work—this was, in fact, way more popular than the actual book itself. However, her poetry was still recognized and praised by numerous high intellectual people in colonial America.

The positive outcome of her trials to prove authorship of her own work forced many white people living in America and England to believe black people were, in fact, people who knew a thing or two about art.

4) To Kill a Mockingbird by Harper Lee

One of, if not, the best-loved story of all time, Harper Lee’s To Kill a Mockingbird, was translated into over 40 languages and sold over 30 million copies worldwide. It served as the basis for a popular motion picture and was even voted one of the most iconic novels of the 20th century by librarians from all around the world.

It’s a heart-wrenching, outstanding coming-of-age story. The book views a world of savage  inequities and great beauty through the eyes of a teenage girl, as her father risks everything to defend a man of color being accused of a horrible crime unjustly.

Checkout the summary of Harper Lee’s To Kill a Mockingbird explained by VideoSparkNotes on YouTube to better understand the concept.

5) A Study in Scarlet by Conan Doyle

The title of the book derives from an interesting speech given by Sherlock Holmes himself to Doctor Watson—his companion—on how to detox his work. Holmes describes in the speech about the murder investigation that takes place in the story. 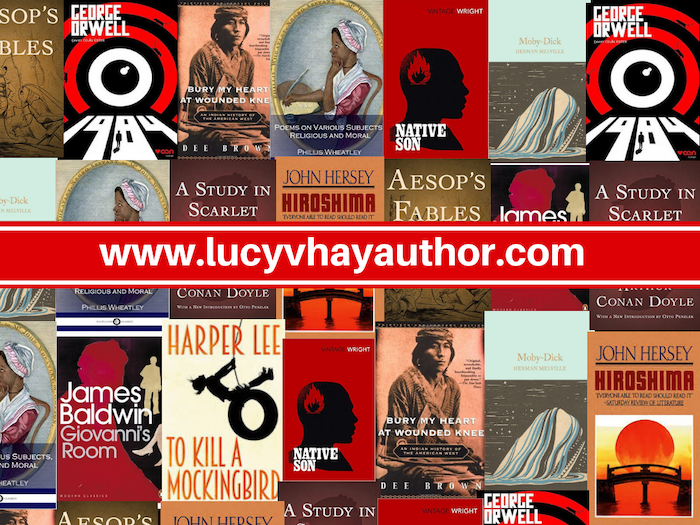 This is a collection of tales and fables credited to Aesop, who was a slave in ancient Greece purported to have either collected or written them sometime between 560 and 620 BCE.

What’s interesting is that even though a slave wrote these fables in ancient Greece, they still managed to stay relevant to this date. Fables like The Ant and the Grasshopper and The Tortoise and the Hare are still well-known among parents and children across the world and reinterpreted in many forms.

Hiroshima tells the stories of 6 survivors from the Atomic bomb that was dropped on Hiroshima, Japan, on August 6, 1945. They speak of tremendous loss, horror, and courage.

About 40 years later, Pulitzer Prize-winner Hersey returned to Hiroshima to locate the survivors he interviewed and learn their fates. These stories will continue to influence our future generations that may consider utilizing atomic bombs.

Right from the beginning, Bigger Thomas was headed for jail. It could’ve been for petty larceny or assault; by chance, it was for rape and murder.

Native Son tells the tale of a young black man who was caught in a downward spiral after he takes the life of a young white woman. Wright’s incredibly powerful novel is nothing but an unsparing reflection of the feeling of hopelessness and poverty experienced by people in inner-city areas.

This epic novel showcased that America had a voice in the sea of literature—a voice worth listening to. Today, America dominates modern literature.

Moby Dick tells the story of Ishmael—an adventurous sailor—and his journey on the whaleship Pequod, which is commanded by Captain Ahab. Ishmael comes to know that Ahab seeks one particular whale, Moby Dick, a white whale of enormous ferocity and size. Comparatively few whalers are aware of Moby Dick, and only some have faced him. In a recent encounter, the whale destroys Ahab’s boat and bites off his leg. Ahab seeks revenge.

Through the journey of Ishmael, the idea of social status and class, the existence of God, and good vs. evil are all examined as he speculates upon his place in the world, as well as his personal beliefs.

10) Bury My Heart at Wounded Knee by Dee Alexander Brown

Progress is made, but problems still arise. The world requires constant reminders that our history is influencing the problems of today and tomorrow.

Brown has brought America’s most violent history with the Natives upfront with Bury My Heart at Wounded Knee at the peak of the American Indian Movement (AIM), stoking its powerful, revolutionary flames.

Furthermore, it was invoked by activists opposing the Second Indochina War, aka Vietnam War, who drew comparisons between the brutalities committed on America’s own soil against the Natives and the violence in Vietnam.

Every reader knows how a book can change your life, and the ones mentioned above literally changed the whole world.

BIO: Kathrin Garner is an enthusiastic journalist and writes article on social issues. As an activist, she takes part in NCSM program, which is a discussion platform on the relevant cannabis topics. So, if you want to know how to detox from weed, feel free to contact her. Also, she is a volunteer at Marijuana Detox.  She searches for current issues, and writes about it to a wide range of readers.