I’m delighted to announce my debut crime novel, The Other Twin, has been selected as one of 9 Harrowing Thrillers with a Twist Of Family Drama by Wiki Ezvid, the world’s first video Wiki!

It’s a real honour to appear in this round-up, since ‘harrowing family drama’ is EXACTLY the theme I was going for in The Other Twin. Theme refers to an idea that recurs in or pervades a work of art or literature, so I thought it would be fun to go into more detail about all the ideas, locations, motifs etc that power the story. Enjoy! 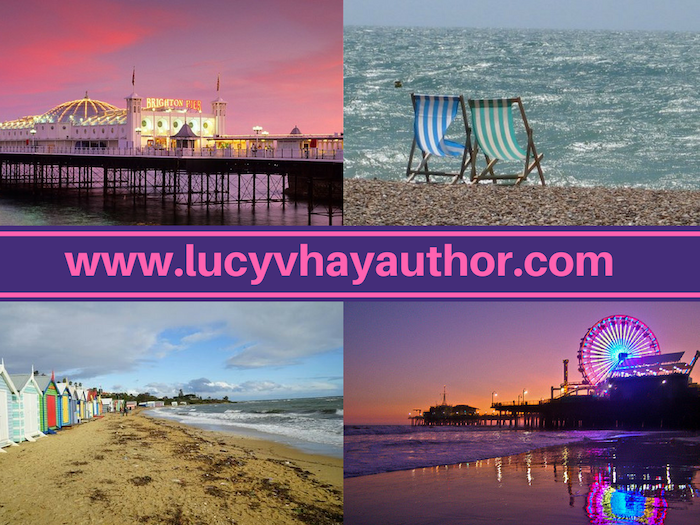 1) Almost like cities such as London and Edinburgh, Brighton has a strong, vivid presence in fiction, which means that many people must come to any new representation of it with a lot of familiarity. How well do you know it as a place and do you feel the weight of all those ‘other’ Brightons behind your writing?

I knew I had to get Brighton right. It’s a vibrant city that has such a significance for so many people, especially the LGBT community. I knew that classics like Graham Greene’s BRIGHTON ROCK right through to modern icons like Peter James’ Roy Grace would be compared against my version of Brighton – which people have, in reviews – so yes, that was a pressure. But ultimately, I had to let go of that and bring forth MY vision of Brighton, not recycle someone else’s. So rather than pore feverishly over published content, I went to Brighton and sucked up the atmos there, using my eyes, ears and other senses to really get a ‘feel’ for the place. Hopefully I have transmitted that to the page.

2) Your novel uses the dichotomy between the public and the private of the internet to great effect, the way that we publish the most intimate thoughts to a world of strangers and yet keep them from our nearest and dearest. How do you feel that sense of sharing and yet not sharing has affected how we live now?

I’m always reminded of Shakespeare’s notion of the ‘whole world’s a stage’ quote when it comes to the internet. We all have online personas now, just as we have public and private ones. How we use these online personas can differ, person to person. For some, the online persona is a ‘work thing’ – they may create a brand and strategy, that is very carefully crafted. For other people, online may be the only place they can speak the truth and truly be themselves. For just as many, it is somewhere in-between.  Social media has so many wonderful applications, especially for women and marginalised people to find their tribes and create opportunities (including work and money). But it also has a dark side: too many people abuse social media – such as trolls – and even more use it to fuel the neverending cycle of outrage we currently live in. It’s become a conformity factory, with perceived transgressors piled on and harassed; those people calling out others then kid themselves they’re raging against the machine and/or taking on the system. It’s a real shame. 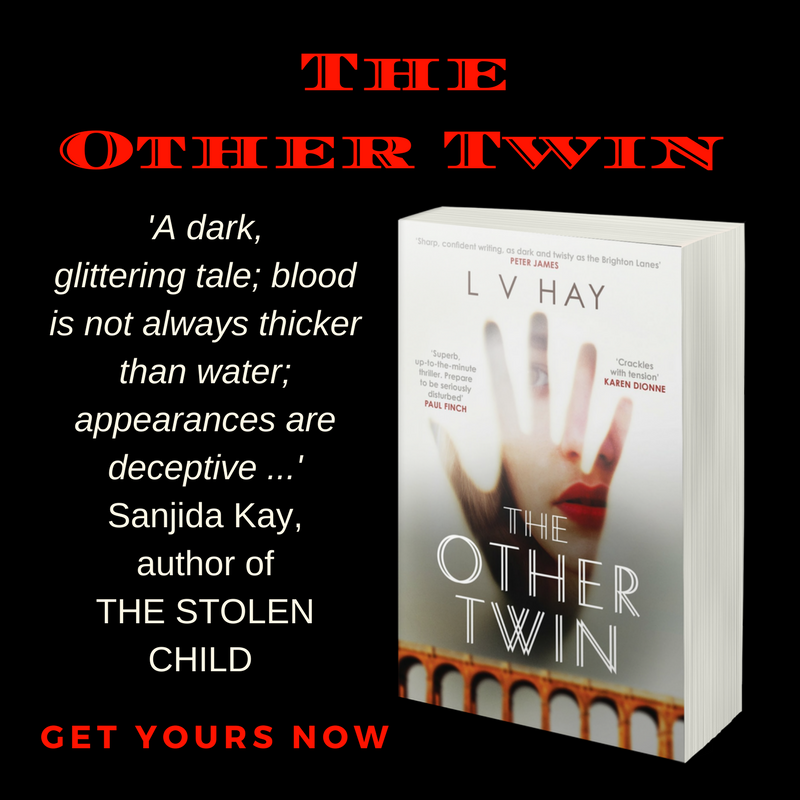 3) There are a lot of hidden identities in the book, some hidden willingly, some desperate to be uncovered. Do you think that the struggle for truth in who you are is at the heart of your writing?

Absolutely. I spent a very long time confused about who I truly was; I felt fragmented, even a fraud. It took me many years to accept my own identity and my – sometimes paradoxical – roles and emotions within it. Life is a journey and I daresay there are still lots of things I will find out about myself yet, too. But unlike before, I am not afraid to do this anymore. I think that’s why I wanted to write about identity and truth in The Other Twin – I feel it is all a matter of perspective, rather than a concrete thing.

Reading your book I did reflect on how what might be called ‘Thrillers’ do seem to have a mostly white, female and middle class cast, especially those centred in a domestic setting rather than all spies and guns, if you know what I mean. Did you set out to write a book with a deliberately more diverse cast of characters?

I feel very strongly that stories of any kind need more variety. As a script editor and blogger at www.bang2write.com, I identified a need for stories to have more characters than ‘the usual’ a long time ago; not just for ‘political correctness’, but because there are swathes of the audience not being served – it’s good business sense! I have written several non-fiction books about writing, including one on so-called ‘diverse characters’, so it was a no-brainer to take my own advice! Lots of writers shy away from diverse characters like those from the LGBT or BAME communities, because they’re afraid of getting it ‘wrong’. I can understand and relate to this worry, because I felt it too. But I picked LGBT and BAME characters because of a genuine interest and feeling of solidarity with both communities; my friends and acquaintances sharing their own stories literally helped me inform the narrative. Their POVs were absolutely invaluable and I feel very grateful they shared their perspectives with me. There would have been no story without them.

4) Do you start a book with an idea of where the plot is going, or do you pick up a thread and see where it follows?

It depends. With The Other Twin, I saw the ending and ‘big reveal’ in my head, clear as day – as if it was a memory, like it really happened. I could see and feel it so clearly, right down to the location and the sense of urgency. From there, I asked myself: WHO are these characters? WHAT is happening? WHY? HOW did they get here? Though the ways of getting there changed through the many drafts, that ending never did. 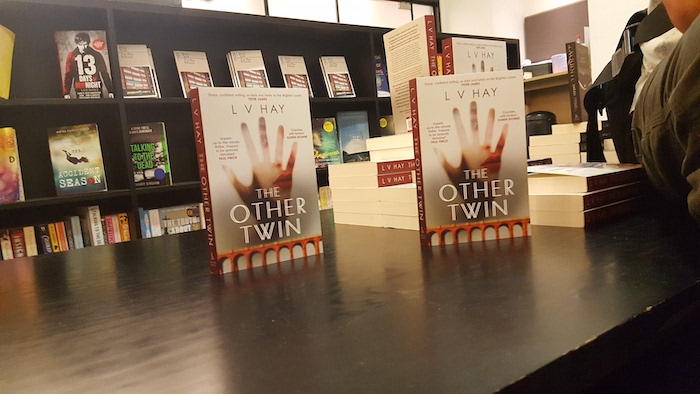 5) Assuming Is this your first published book, or even if it’s not, I imagine like most of us it’s one in a long and worthy line of nearly there’s and also-rans, so what do you think you’ve learned about your writing by being published?

Every book teaches you something in my experience. The Other Twin is my first crime novel and what I have learned from this one is how much difference an editor who really ‘gets’ the book makes. Both Karen Sullivan and West Camel at Orenda Books challenged me every step of the way to bring my best game to drafting process, they went through every line with the classic fine-toothed comb! I was allowed to get away with NOTHING. The fiends!

6) Where is your next book set, will you stay in Brighton or are you moving to a new location?

My second book for Orenda, Do No Harm, is set in Epsom, Surrey. So very middle-class, white and straight … in both senses of the word. Probably the antithesis to Brighton, in fact!

Cats, obviously. I have five of my own, I’m a crazy cat lady in training. When my kids have left home I plan to rant and rave and throw cats at everyone like the woman from THE SIMPSONS. It’s going to be awesome. 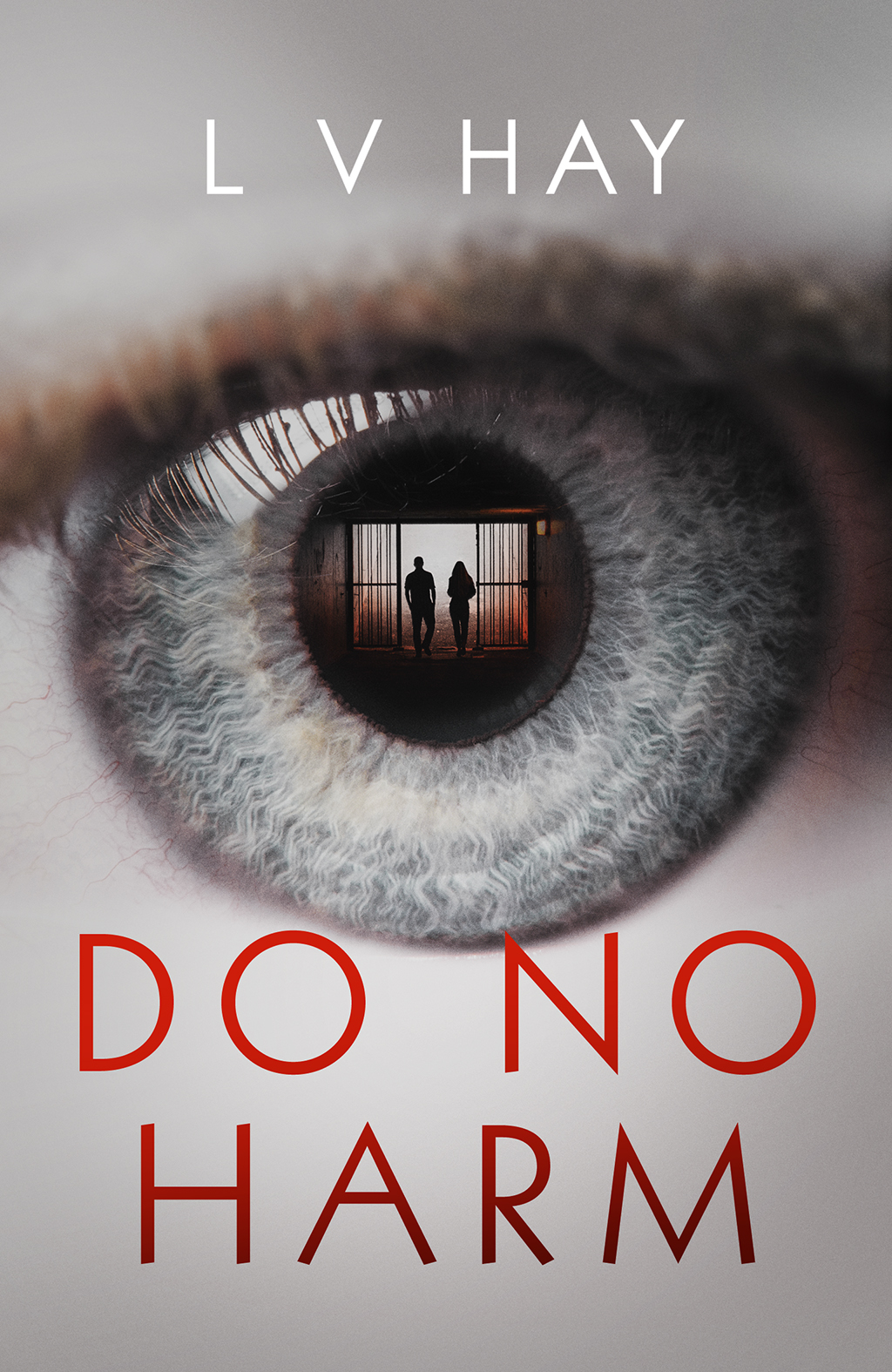